Breakfast at Tiffany’s always reminds me of that Seinfeld episode. George tells Jerry that it’s the book they are reading for book club and Jerry replies with “Truman Capote?” 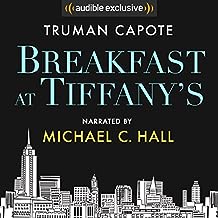 Jerry: You ever read any of his books

I hadn’t read any of Capote’s work either, but I had the audio version of this book and I was looking for a short listen during a hockey game last week so I fired it up. It was a great story based on an interesting character. I loved the way Holly just rambled on and on and on sometimes.

I also found Capote’s writing chock full of fantastic detail. I found I was feeling the story more than just listening to it.