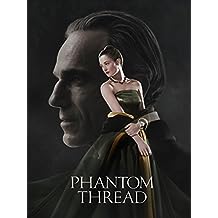 The tea is going out. The interruption is staying right here with me.

The best art makes one ponder - or contemplate.

This film did that for me.

I wasn’t looking forward to it. The trailer made it look like an intriguing story about an aging bachelor who was set in his ways. A man that was particular and quirky and probably a little irritable.

It certainly was, but more than that it was a story about making a relationship work - no matter what it takes.

When we left the theater, Maya said to us “Well, whatever works for them, right?” which given the story worries me a little coming from my son’s girlfriend :) but I had pretty much the same thought.

The other thing that really surprised me about the film was that this is the third movie I watched in preparation for the Oscars that featured the same - very unusual - plot point. I think I could go ten years straight watching 2-3 movies per week and not see another three total. I was very surprised to see the same thing crop up so many times.

Certainly worthy of the nominations it received. I might have even nominated Vicky Krieps. Though the film wouldn’t be my pick for any of them.